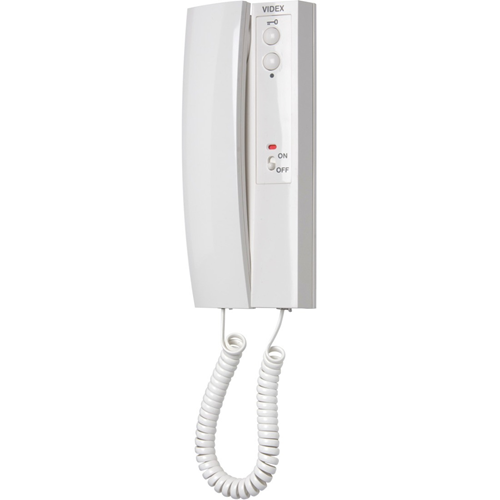 The range includes the standard 3171 two button handset which has a lock release button and a spare dry contact service button.

The next model in the series is the 3172, which includes the same buttons as the 3171 model and also incorporates a sliding privacy ON/OFF switch allowing the user to switch the audiophone on or off when desired.

All models include a local door bell facility, intercommunication call facility, concierge call back facility and alarm input to signal the concierge (for both the traditional 2210A/2210V concierge and IP concierge PC software).

Induction coils may be fitted within the handset for the hard of hearing, and handsets can be desk mounted using the 3038 desk kit.