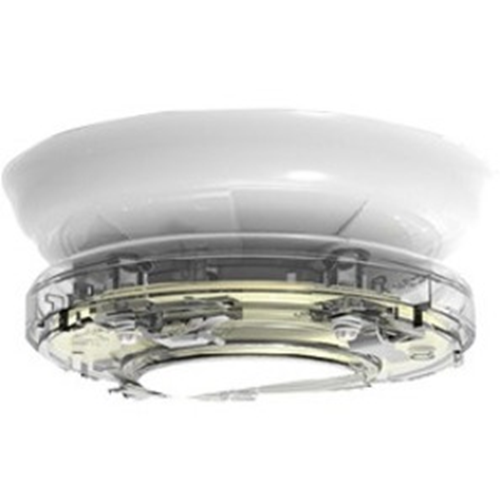 Model YBO-BSB2/WL is an O Rated EN54-23 compliant addressable loop powered Base Sounder with integral Beacon, innovatively designed to give a range of tones and volumes with a maximum output of up to 98 dB(A) (±2 dB(A)) with low current consumption. The unit is designed to fit to the Standard Base (YBN-R/3) or the Isolator Base (YBN-R/3(SCI)) and can be fitted with any of the ESP Range of Sensors, Beacons or Remote Indicators.

The unit can also be converted into a wall sounder beacon with the simple addition of a Cap (SI/CAP2). The sounder is Ingress Protection rated to IP21 and for internal use only. An Auto-Shutdown feature allows the user to set a fixed time within which the sounder or beacon will operate, before automatically shutting down, cutting noise pollution in the case of the sounder element. Sounder and Beacon elements can be operated independently from each other.