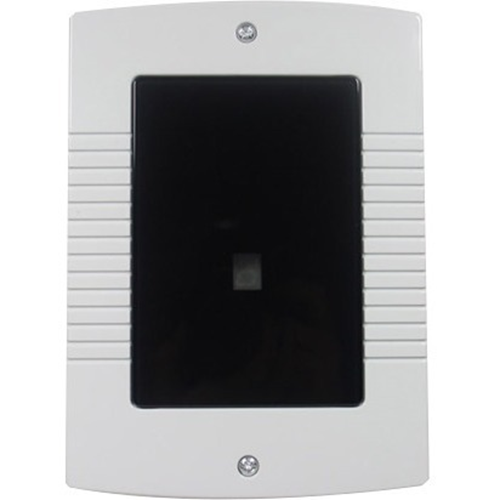 Whether installing new or upgrading existing systems, the UR2-WE (Universal Receiver) offers the ultimate in flexibility as it provides the ability to connect any brand of wired control panel with a arm/disarm output to the Enforcer Two-Way wireless range of devices.

The UR2-WE has two wireless channels, each of which can learn up to 10 Enforcer sensors and up to six wireless keyfobs. Each channel can either support fobs or detectors, but not a combination of the two, totalling up to 20 sensors or 12 fobs wireless devices.

Each wireless device on the Enforcer is both a transmitter and a receiver.

Enables the instant wake up and instant sleep of each wireless device on the system. No more frustrating sleep timers on detectors.

The Signal Strength Indicator (SSI) allows installers, during installation, to view the radio transmission signal strength on both the control panel and wireless devices in real time, aiding a fast and professional installation.

Devices are told to sleep or wake up by the panel using our unique two way wireless technology, conserving battery life and allowing for maximum power output for range and reliability.

The installer can test the detectors that have been learnt onto the device before leaving the site to make sure they are fully functional.

The segment display on the device will show the number of inputs that have been activated during a set cycle on the panel.