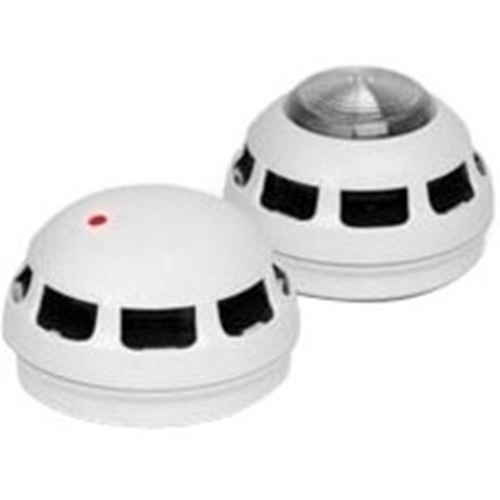 The Multipoint ASD detectors have set new standards in detector technology. The TWINFLEX Multipoint ASD head is a 2-wire device used with the TWINFLEX and TWINFLEX Pro systems, whereas the Addressable ASD detector is used on the Duonet and Quadnet systems. Using microprocessor control these devices offer the installer a full range of detection capabilities with audible and visual warning in one compact device for full DDA compliance. The detectors can be matched to the environment in which they are installed and changed any time during the lifetime of the installation. The mode of detection required can be changed simply by configuring the DIL switch in the detector electronics module (configurable via commissioning software on addressable systems). All modes are compliant with European detector type specifications.

The Addressable ASD detector offers multiple choices for detection, set to a single mode or a combination, for a choice of up to 15 different settings. Programmable via a PC or at the panel (Quadnet and Duonet only) and also has an in-built loop isolator as well as I/O for local control and switching.

The TWINFLEX two-wire Multipoint ASD detector can be set to any one of 3 smoke modes, 3 heat modes as well as a Combined Mode (Smoke 2 and Heat 2) where a smoke or heat source can trigger a fire decision - see below. The end user is given optimum fire protection, even if the installer is unsure of the use of the particular area where the detector is sited. All TWINFLEX products, including the Multipoint ASD detector, feature an End of Line switch, negating the need for end-of-line resistors.